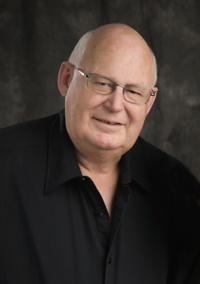 On Wednesday, October 24, 2012, DUANE GLIEGE, beloved husband of Lucille, was welcomed into the arms of his Heavenly Father.
Duane was admitted into the hospital Monday, October 15, 2012 with complications arising from pneumonia. Nine days later, Duane was released from all suffering to be surrounded by those who predeceased him, his parents Toby and Irene Gliege; infant daughter Deborah Faye; three brothers-in-law Arnold Hanson, Ross Greiner and Wes Schierman.
Duane is survived by his three sons Brad (Sheila), Brian (Kathy), Jeff (Allison); his two step-daughters Janay Bates and Dawna-Rae (Brent) Friesen: eight grandchildren and five great-grandchildren; sisters June Hanson, Fern Greiner, Adela (Ben) Kolk, and Lucille Schierman; four nieces and six nephews; mother and father-in-law Shirley and Sandy Friesen.
Duane was a vibrant member of the Lethbridge community, working in the Life Insurance business and involved in bringing the Cheesecake Cafe and Firestone Restaurants to our city.
Duane will be remembered for his great laugh, his huge hugs, his love of people and his faith in God. He was well loved and will be missed by all who had the honor of knowing him.
Family and friends are invited to pay their respects between 3:00pm and 5:00pm on Sunday, October 28, 2012 at MARTIN BROTHERS RIVERVIEW CHAPEL, 610 – 4 Street South, Lethbridge.
A Memorial Service will be held at 2:00pm on Monday, October 29, 2012 at the EVANGELICAL FREE CHURCH 4717 – 24 Ave South, Lethbridge with Pastor Tim Seim officiating.
If friends so desire, donations may be made to the Southern Alberta Bible Camp, c/o Jon Gartly, Box 99, Lomond, AB T0L 1G0.
Send condolences at www.mbfunerals.com.
Martin Bros. Funeral Chapels Ltd.
610 – 4 Street South
Lethbridge, AB T1J 4P3
Phone: (403)328-2361 Fax: (403)382-3623
Toll Free: 1-800-382-2901
www.mbfunerals.com