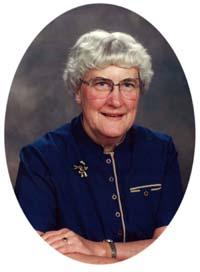 It is with great sadness that we announce the passing of Jean Ethlyn McCall of Fort Macleod, Alberta. Jean passed away peacefully on November 6, 2012 at the age of 84 at Rosewood Villa.
She was born in Alberta to John and Gladys Poland and moved to Fort Macleod with her husband Horace in 1967. She taught school until 1984 when she retired from 36 years of teaching. She was a well-known local artist and photographer as well as a world traveler, going to many countries in the world and as far as Antarctica in her travels.
Jean was predeceased by her husband Horace, special friend Jim Lievers, and 11 brothers and sisters. She is survived by her sisters Carol (Robert) and Vera and their children, her sister-in law Marilyn, nieces Cheryl (Brian), Janet (Mark) and nephew Donald (Barbara).
Memorial donations may be made to River Valley Wilderness Park, Box 1420, Fort Macleod, AB T0L 0Z0 or a charity of the donor’s choice.
A Celebration of her life will be held at 1:00 P.M., on Saturday, November 10, 2012 at TRINITY UNITED CHURCH, 220-20th St., Fort Macleod, with Reverend Eras Van Zyl officiating. Inurnment at Union Cemetery.
Eden’s Funeral Home and Crematorium
2424 – 5 Avenue
Fort Macleod, AB
Phone: 403-553-3772
Email: condolences@edensfuneralhome.com
www.edensfuneralhome.com

No Condolences for “MCCALL Jean”