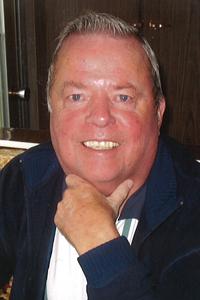 December 8, 1933 – November 7, 2012
Gerald Ray Gorrill (Jerry) passed away peacefully at the Lethbridge Regional Hospital on November 7, 2012.
He is survived by his loving wife and companion Kay (Geiger) and his eldest son Randy (Joanne) of Port Robinson, Ontario, his daughter Kelly of Lethbridge, AB and his youngest son Dale (Kimberley) of Calgary, AB and his sister Glenna Gorrill of Calgary, AB. Jerry also had four precious grandchildren that he was very proud of in Kayley, Cara, Brett & Brendon. Missing him is his faithful little buddy Max.
Jerry was predeceased by his parents Allison and Alice Gorrill, his brother Harry Gorrill and his sister Dorothy (Clayton Soice).
Jerry was a gentle and quiet man who was dedicated to his family and was an active member of the community as he served with the Lions club for over 30 years. He was a talented athlete where he excelled at golf, curling, and baseball and he was on a provincial championship team with his brother Harry. For many years he loved to watch the Lethbridge Hurricanes.
Very special thanks to all of Jerry and Kay’s close friends who have been by their side for many years, especially these last few weeks.
A Funeral Service will be held at 11:00am on Tuesday, November 13, 2012 at the FIRST BAPTIST CHURCH 1614, 5th Avenue South, Lethbridge, AB.
In Lieu of flowers, donations can be made to the Alberta Heart and Stroke Foundation, Box 2211, Lethbridge, AB T1J 4K7.
Send condolences at www.mbfunerals.com.
Martin Bros. Funeral Chapels Ltd.
610 – 4 Street South
Lethbridge, AB T1J 4P3
Phone: (403)328-2361 Fax: (403)382-3623
Toll Free: 1-800-382-2901
www.mbfunerals.com

No Condolences for “GORRILL Gerald”