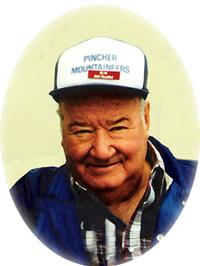 In loving memory
(1934-2012)
It is with great sadness that we announce the sudden passing of Mr. Donald Dante Filafilo of Coleman, Alberta who was called home by the Lord on November 12, 2012 at the Chinook Regional Hospital in Lethbridge at the age of 78 years.
Left to mourn his passing and celebrate his life include his beloved wife, Irene Filafilo of Coleman; his loving children, Rick (Barb) Filafilo of Calgary and Cindy (Roger) Tremblay of Coleman; his precious grandchildren, Lexie (Wayne) Filafilo-Kinjo, Heather (Jeff Stauffer) Filafilo, Analie (Ryan Ramage) Tremblay and Jay (Cassidy Zeller) Tremblay; numerous nieces, nephews and extended family; and his many friends. He was predeceased by his parents, Dante and Violet Filafilo and his brother Edward.
The Memorial Service celebrating Donald’s life will be held on Saturday, November 24, 2012 at 2:30 pm at the Elk’s Hall (2025-129 St) in Blairmore. Special tributes will be provided by members of the family, the Benevolent & Protective Order of Elks, and his many friends.
Donations would be gratefully accepted in Donald’s memory to S.T.A.R.S. Air Ambulance, CNP Health Fdn, “Greatest Needs” program, or to the Elk’s & Royal Purple Fund for Children. Further information and condolences may be registered at www.fantinsfuneralchapel.ca.
Fantin’s Funeral Chapel entrusted with arrangements. (403) 562-8555.

One Condolence for “FILAFILO Donald”