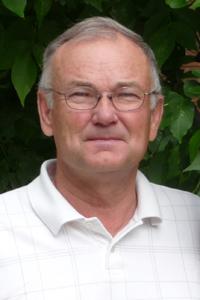 BRUCE JAMES DOENZ, best friend and beloved husband of Laura-Marie Doenz left this world suddenly doing what he loved, working on the farm.
Bruce was born on May 31, 1952 in Lethbridge to Betty and Jim Doenz of Warner. He attended Warner School and went on to Olds College graduating with a Farm and Ranch degree. Bruce came home to the family farm east of Warner in the spring of 1972 and has been farming ever since. On June 21, 1980 he married the love of his life, Laura-Marie Kirchner and together they farmed and raised three children, Adam (Becky), Blake and Janay. Bruce’s family was his pride and joy and he was so very proud of each of them.
Bruce was a kind, honest, hardworking man who believed in getting ahead by setting goals and working hard. He thought that he had the best career, and was thrilled when Adam followed in his footsteps as soon as he could walk. Bruce was a very successful farmer and was proud of the accomplishments he and his brothers and son have made over the years.
Bruce was community minded and truly believed that Warner was the best community to live and raise your family in. Over the years he was involved in The Warner 4-H Beef Club, Ag Society, Warner Cemetery Board, Minor Hockey, Border Seed, Curling Club and was a supporter of the Warner Hockey School. Bruce led by example and was generous in giving his time and labor to his community and neighbors.
Bruce will be sorely missed by his immediate family, mother Betty, brothers, Murray, Monte (Laura), Evan, mother and father-in-law, Marvin and Lorraine Kirchner, brother and sister in-law, Dwayne and Kris Kirchner, nieces and nephews and so many friends. He was predeceased by his father, Jim in 2006 and sister-in-law Nadine in 1999.
A Memorial Service will be held at 2:00 pm on Friday, November 23, 2012 at MCKILLOP UNITED CHURCH, 2329 15 Avenue South, Lethbridge, with Reverend Trevor Potter, officiating.
In-lieu of flowers, donations in Bruce’s name may be made the Warner Fire Department, Box 88 Warner, AB. T0K 2L0 or to the Warner Evangelical Church, Box36, Warner, AB. T0K 2L0.
Send condolences at www.mbfunerals.com.
Martin Bros. Funeral Chapels Ltd.
610 – 4 Street South
Lethbridge, AB T1J 4P3
Phone: (403)328-2361 Fax: (403)382-3623
Toll Free: 1-800-382-2901
www.mbfunerals.com

No Condolences for “DOENZ Bruce”