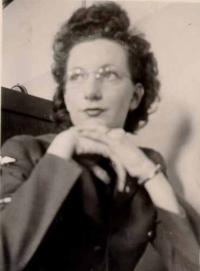 Pearl Graveland of Lethbridge, beloved wife of the late Henry Graveland, passed away peacefully on Thursday November 29, 2012 in the Chinook Regional Hospital at the age of 89.
Pearl was born on Friday, July 13, 1923 in Whitewood, Sask. She served in the R.C.A.F where she met Henry. They married in 1946 and moved to farm at Del Bonita. Later they relocated to Granum, farming there until 1978 when they retired to Lethbridge. They enjoyed a happy and active retirement, square dancing, golfing, fishing and travelling. After Henry died in 2001 Pearl enjoyed companionship and travel with Bob Webb of Vulcan.
Pearl will be fondly remembered by her children Rick (Rose), Barb Crawford, Paul (Bonnie Hofer), Cliff (Jackie) and Karen (Les) Wonnenberg; grandchildren Tracy (Scott Miller) Bosch, Brent (Rachel Ross) Graveland, Stu (Jenn) Crawford, Kevin (Jill) Graveland, Scott (Kristy) Graveland, Amy (Brent) Granger, Matt & Clay Hofer, Shane & Kristen Wonnenberg; and many wondrous great- grandchildren. She is survived by a sister, Irene Greer, a brother Glen (Greta) Hall, sisters-in-law, Pat Schmaltz and Audrey Graveland; and several nieces and nephews and their families. Pearl is predeceased by her parents, William and Helen Hall; and brother Alex.
A Memorial Service will be held at 2:00 P.M. on Tuesday December 4, 2012 at MARTIN BROTHERS RIVERVIEW CHAPEL, 610-4 Street South, Lethbridge, AB, with Reverend Bob Wallace officiating. A Private Graveside Service will be held in Cardston Cemetery
Flowers are gratefully declined. Those who wish, memorial donations may be made to a charity of your choice.
Send condolences at www.mbfunerals.com.
Martin Bros. Funeral Chapels Ltd.
610 – 4 Street South
Lethbridge, AB T1J 4P3
Phone: (403)328-2361 Fax: (403)382-3623
Toll Free: 1-800-382-2901
www.mbfunerals.com