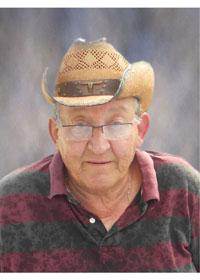 December 20, 1940 ~ December 16, 2012
Josay Keith, beloved husband of Maureen Josay of Sparwood B.C. passed away at the Lethbridge Regional Hospital on December 16th at the age of 71 years.
Besides his wife he is survived by his loving son John-Michael (Carmen Hererra)of Penticton B.C., grandson’s James of Penticton, Hayden of Sparwood and Granddaughter Taylor of Sparwood, sister Gail (Rick) of Pender Island, Brother-in-law’s Ronald (Sonny) (Marilyn)Saad of Sparwood and Pat MacGee of Cranbrook B.C. He is also survived by many nephews and nieces as well as cousins and many special friends that he looked at as part his family.
He was predeceased by his daughter Kim Marie, his father John and mother Rose, his brother Wayne and sister Janet as well as his Uncles, Alex, Louis, Mike and Frank.
Keith was born and raised in the Elk Valley and in his younger years was an avid fisherman and hunter. Nothing pleased him more than to be out camping with a group of friends or just with Maureen. His favourite place to camp was White Swan Lake and he went there every year for twenty-five years making many friends from other areas. He had many jobs during his working career but none gave him the fulfillment as did the position he held at the Sparwood Hospital for 18 years.
After his retirement he started a small woodworking business and was very proud of the signs that he refinished for the District of Sparwood and the coal cars that he built. Keith was a gentle realist who took things as they came to him without much complaint, he refused to let the cancer beat him or stop him from doing what he wanted to do. He is going to be greatly missed by his wife, son, grandson, granddaughter and all of his many friends and family.
A Rosary Service will be held at the SAINT MICHAEL CATHOLIC CHURCH, Sparwood, BC on Friday, December 28th, 2012 at 7:00 P.M.
In Memory of Keith donations can be made to Lilac Terrace, Box 1587 Sparwood, B.C. V0B 2G0.
Honoured to Serve
Cornerstone Funeral Home & Crematorium
2800 Mayor Magrath Drive South
Lethbridge, Alberta T1K 7B1
Telephone ~ (403) 381-7777
Fax ~ (403) 381-3128
Toll Free ~ 1-(888)-381-7778
care@cornerstonefh.ca