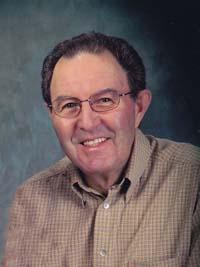 May 22, 1934 – January 1, 2013
David Craiggs passed away with his family by his side, in Southwood
Hospice on January 1, 2013 at the age of 78 years. Beloved husband of Kathleen, his wife of 55 years; he will also be sadly missed by his daughter Anne (Gary, deceased), his son Stephen (Ethel), his grandsons: Scott and Jack and his sister Josie of England. David started his career in manufactured gas at the age of 16 as a technician at Hexham Gas works in N E England while at the same time, he studied to attain his engineering status. After coming to Alberta in 1966, he continued on in the natural gas industry. He retired in 1996. David’s passion was travel overseas as well as photography and hiking in Alberta’s beautiful backyard. Relatives and friends are invited to visitation at St. Bonaventure Church (1600 Acadia Drive SE) on Monday, January 7th, 2013 from 10:00 am to 11:00 am. Funeral Mass will be celebrated at St. Bonaventure Church (1600 Acadia Drive SE) on Monday, January 7th, 2013 at 11:00am. Photos, memories and condolences may be shared with David’s family through www.evanjstrong.com. If so desired, donations may be made to the Alberta Cancer, 1331 29th St, NW Calgary, Alberta T2N 4N2, www. albertacancer.ca). Arrangements in care of EVAN J. STRONG FUNERAL SERVICES. (403) 265-1199