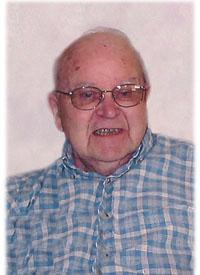 Sept.3 1925-Jan. 14 2013
Willis was born in Victoria, BC, the youngest and only boy of 5 children. His youth was spent on his family’s farm in Donavon, SK and this is where part of his heart always stayed. He loved the farm.
After attending Normal School in Saskatoon, Willis married Edna Letrud of Young, SK on July 12 1947. They resided in Naicam, SK where they both taught school.
They moved to Lethbridge in 1956 and Willis taught at Gilbert Paterson for 4 years. From 1960 to 1975 he was Vice Principal of Lakeview School and he then moved on to become Vice Principal of Alan Watson School until his retirement in 1982. Over the years he had many of his past students come knocking on his door at home to say “hello”. He truly was a teacher who cared about his students. Dad thoroughly enjoyed sports and in his younger days participated in hockey, curling, and golf just to name a few. His favorite sport was however horse-racing and although he was no jockey he spent many happy hours watching the “horsies” and trying to determine which one would be the winner. Dad always had an abundance of friends. He seemed to have that special gift to form friendships with those he met. He often spoke of the great memories he had of his Donavon and Naicam days as well as good times here in Lethbridge. Dad had a great sense of humour and many called him “quite a character”. We’d know he wasn’t feeling well when the teasing would take a break. He is survived by his daughters Bev (Bill) Muirhead of Lethbridge-their sons Cameron (Jenn) and Shayne (Jodi) and Brenda (Joe) Kirstien of Sexsmith AB -their children Brandy (Dave) Nykolyshyn and Dustin as well as 4 great-grandchildren. He also leaves behind his best friend ” Maggie”. We are already missing you Dad. Thanks for all of our great memories! At Dad’s request there will be no service. His final resting place will be on his beloved farm.
Honoured to Serve
Cornerstone Funeral Home & Crematorium
2800 Mayor Magrath Drive South
Lethbridge, Alberta T1K 7B1
Telephone ~ (403) 381-7777
Fax ~ (403) 381-3128
Toll Free ~ 1-(888)-381-7778
care@cornerstonefh.ca