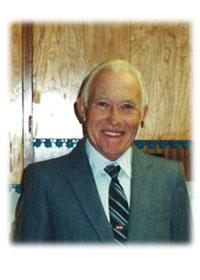 LOUIS MÀTÉ, beloved husband of Elizabeth Màté, of Raymond, passed away peacefully at The Raymond Hospital, on Wednesday, January 23, 2012 at the age of 76 years.
He is survived by his 5 children: Lou Màté Jr. (Gail) of Lethbridge, Helen (Perry) Layton of Coaldale, Attila (Cheryl) Braun of Lethbridge, Jaime Màté of Edmonton and Max Màté of Raymond. He is also survived by 13 grandchildren and 3 great grandchildren.
Lou was predeceased by his Father Louis, Mother Irma, Son Robert and Granddaughter Stacie Jae Màté.
Louis immigrated to Canada in 1956 and eventually made Southern Alberta his home. He was a “jack of all trades”, from farming for many years, opening and operating his mini mart, to being a commissionaire, Louis, in his spare time could be found in his garden which he maintained so beautifully. Louis was also a community man, belonging to the Nobleford Lions Club as well as the Legion.
A private Service of Remembrance will be held at CORNERSTONE FUNERAL HOME, 2800 Mayor Magrath Drive South, Lethbridge, AB. on Saturday, January 26th, 2013 at 2:00 P.M.
In lieu of flowers, memorial tributes may be made to THE LETHBRIDGE HUMANE SOCIETY – 2920-16 Avenue North, Lethbridge, Alberta, T1H 5E9.
Honoured to Serve
Cornerstone Funeral Home & Crematorium
2800 Mayor Magrath Drive South
Lethbridge, Alberta T1K 7B1
Telephone ~ (403) 381-7777
Fax ~ (403) 381-3128
Toll Free ~ 1-(888)-381-7778
care@cornerstonefh.ca