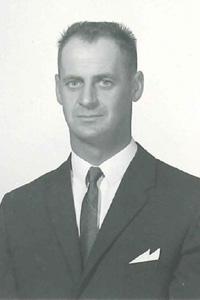 MARIO MELON passed away peacefully at the Chinook Regional Hospital in Lethbridge, Alberta. Mario Melon will be lovingly remembered and deeply missed by his niece Gianna Cassell and family, his nephew Joseph Melon and family and his treasured Goddaughter Darlene Sergo. Mario is also mourned by his brother Olivo in France and his three sisters, Maria in Italy and Natalia and Paolina in Croatia and many nieces and nephews. Mario was predeceased by his parents Giovanni and Giuseppina Melon, his brother Onorato Melon and sister-in-law Rosa Melon and brother-in-law Giuldo Emoroso.
Mario was the first born son of Giovanni and Giuiseppina and was born in Montona, Province of Istria, Italy. Mario and his brother Onorato immigrated to Canada in 1951, to fulfill their dreams of a new life in Canada. They travelled by train from Halifax, Nova Scotia to Lethbridge, Alberta to commence their sugar beet contract, at Turin, Alberta. Both Mario and Onorato gained employment with Canadian Pacific Railway, at Manyberries, Alberta, November 23, 1951. Mario retired from Canadian Pacific Railway at Kipp, Alberta, February 01, 1992. Mario enjoyed many trips home to Istria, to be with family, enjoying home cooked meals, visiting historical locations and capturing these family moments on film. Mario enjoyed family time with his brother Onorato, incredible meals prepared by his sister-in-law Rosa and special occasions with his niece Gianna and nephew Joseph. He loved travelling to various locations in Canada and the United States. One of his favorite haunts was crossing the border at Coutts, Alberta into Montana for pie and coffee. Mario willingly shared a wealth of family, European and local history through his many stories, photographs and old maps.
The family wishes to thank Art and Elaine Greco, who considered Mario as family, sharing many laughs and his favorite meal of pasta, in any form. The family also wishes to thank the medical staff at Chinook Regional for providing care and comfort to our dear Zio this past year. We would also like to thank the nurses and staff at West Highlands Centre.
Prayers and Funeral Mass will be held at St. Michael’s Catholic Church in Sparwood, BC at a later date. Interment will be at Rivercrest Cemetery in Sparwood, BC, near his brother Onorato and sister-in-law Rosa.
In lieu of flowers, memorial donations can be made in Mario’s name to the Heart and Stroke Foundation of Alberta, NWT and Nunavut, P.O. Box 2211, Lethbridge, AB T1J 4K7.
Send condolences at www.mbfunerals.com.