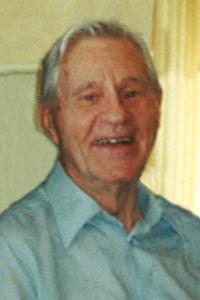 It is with heavy hearts that we announce the passing of a dear father and friend Leonard (Len) H. Watkinson on Thursday, January 24, 2013 at the age of 90 years. Len was predeceased by his beloved wife Carol, his parents, his sister Joan and his brother John.
Len was born May 21, 1922 in Sheffield, Yorkshire, England, the third child of Ernest and Lillas Watkinson. As a young man growing up, Len developed a love for the sea and for sailing in particular, which became one of his lifelong passions. In 1940, Len enlisted in the Royal Navy and rose to the rank of Lieutenant-Commnander. During WWII he commanded a flotilla of five Tank Landing Craft which, on D-Day 1944, delivered troops to Gold Beach in Normandy.
When the war ended, Len enrolled in the University of Glasgow where he earned his degree in Accounting. In 1952, he emigrated to Canada where he met and married the love of his life, Carol Bright and together they raised a much-loved daughter, Gillian Mary.
Len built the firm Watkinson, Hanhart, Duda and Dorchak Chartered Accountants, retiring in 1984 to spend more time with his wife and family. He was instrumental in the establishment of the University of Lethbridge and sat as one of its first Senators. He was a founding member of St. Mary’s Sailing Club and Commodore of the Navy League Cadet Corps (Lethbridge). As Chairman of the Board of the Lethbridge Public Library, he was directly involved in planning the “new” library, opened in 1974.
Throughout their marriage Len and Carol supported each other in their volunteer service to many community groups including the Allied Arts Council of Lethbridge, Lethbridge Lifelong Learning Association, Jolliffe Academy of Dance, Bowman Arts Centre and the Galt Museum and Archives.
During his life Len was blessed with many cherished friends, both young and old whose lives were enriched by his friendship and by whom he will be missed. He leaves to mourn his loving daughter Gill, her husband Gary Stoffer (his long-awaited “son”), sisters-in-law Jean Watkinson, Barbara O’Connell and Betty Jackson and his many nieces and nephews.
A Private Family Service will be held.
In lieu of flowers, memorial donations may be to the Alzheimer Society of Lethbridge Chapter, #402, 740-4 Avenue South, Lethbridge, AB T1J 0N9 or the Navy League Cadet Corps (Lethbridge) PO Box 17th Stn Main, Lethbridge, AB T1J 3Y3.
Send condolences at www.mbfunerals.com.
Martin Bros. Funeral Chapels Ltd.
610 – 4 Street South
Lethbridge, AB T1J 4P3
Phone: (403)328-2361 Fax: (403)382-3623
Toll Free: 1-800-382-2901
www.mbfunerals.com