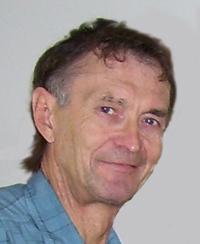 MR. EUGENE “GENE” EDWARD GITLARSKI.
It is with great sadness that we announce the passing of Gene Gitlarski of Coalhurst, beloved husband of Marie La Fournie, on January 31, 2013 at the age of 63 years.
Gene was born in Poland to Bazyli and Rozalita on July 8, 1949. He immigrated to Canada with his mother at the age of 11, where he lived on a farm in Saskatchewan and then Alberta for most of his life. In Gene’s 63 years, he developed a passion for nature and became a respected herbalist in Southern Alberta. He helped many people with health related problems, using only mother nature’s gifts, which he found all over the country he so loved.
Gene is survived by his loving wife Marie; brother Barry; sons Chad (Nicole) and Travis (Carrie); daughter Teena; step-son Chad (Lorraine); grandchildren Logan, Kylie, Jade, Gabrielle, Clark and Hilary; mother-in-law Anna; brother-in-law Bill (Binkie); sister-in-law Sylvia (Ray) and many nieces, nephews and friends.
Gene was predeceased by his mother Rozalita.
Viewing will be taking place prior to the service from 10:00 am until 11:00am.
A Funeral Service will be held at 11:00 am on Monday, February 4, 2013 at MARTIN BROTHERS RIVERVIEW CHAPEL, 610 – 4 Street South, Lethbridge, with Deacon Frank Peta officiating.
Send condolences at www.mbfunerals.com.
Martin Bros. Funeral Chapels Ltd.
610 – 4 Street South
Lethbridge, AB T1J 4P3
Phone: (403)328-2361 Fax: (403)382-3623
Toll Free: 1-800-382-2901
www.mbfunerals.com