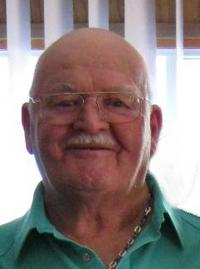 HUGH LAVOY BOSSERT, of Magrath, Alberta passed away suddenly on Wednesday, February 13, 2013 at the age of 76.
LaVoy was born on June 19, 1936 in Lethbridge to Max and Ardella (Nate) Bossert. At the age of 14, after losing his father in WWII, he moved from his home in Magrath and went to work on his uncle Ted’s farm in Wrentham. In 1953, when he was just 17, he began his military service and became an aircraft service technician, based in numerous locations throughout eastern Canada and finally in Cold Lake, Alberta, in 1961. He married Jean Sutherland. They were later divorced. It was at Cold Lake, in 1968, where he met and later married Flo (Reid), beginning a 44-year journey together.
Following his military service, LaVoy and Flo made stops in Grand Centre and Creston before landing in Magrath and working out of Lethbridge as the Maintenance Supervisor at the Animal Disease Research Institute until he retired in 1991. He and Flo enjoyed their retirement years at their oasis in Arizona and then at their lake-front campsite at the Cowley Boat Club on the Old Man River dam.
Throughout his years, LaVoy was an avid curler, golfer and hunter, and served as President of the Alberta Fish & Game Association as well as the Magrath Rod and Gun Club. He also enjoyed playing crib and billiards but most importantly treasured the time spent with his children, grandchildren and great-grandchildren.
LaVoy was preceded in death by his father Max, mother Ardella, sisters RoeEtta May and Maxine, infant brother Ronald, sons Max and Kim, and daughters Maxine and Louise.
He is survived by his wife Flo (Reid), his daughters: Hilda (Jim) Bailey, Brenda (Michael) Knox, Wendy (Danny) Pokrupa, LuAnne Hansen, and Sheri (Derek) Gray; his sons Dwayne Hillcox, Clark Bossert, Brian (Michelle) Rathgeber and Dale Rathgeber; his sisters LaBeana (Jim) Heggie, Carol (Alan) McCoy, Marie (Michael) Bryks, Geneal (Brian) Edwards; his brother Glen (Shauna) Bennett; his 22 grandchildren, 11 great-grandchildren and numerous nieces, nephews and other relatives.
A Memorial Service will be held at CHRISTENSEN SALMON GENERATIONS FUNERAL HOME, 703 – 13 Street North, Lethbridge, Alberta, at 11:00 am Saturday, February 16, 2013. Interment will follow at Wrentham Cemetery.
In lieu of flowers the family requests memorial donations be made to the Heart & Stroke Foundation, 1011-2nd Ave S, Lethbridge AB, T1J 0C8.
Christensen Salmon Generations Funeral Home Ltd.
703-13 Street North
Lethbridge, AB T1H 2T2
Phone: (403) 382-3601
Fax: (403) 320-1492
Email: condolences@generationsfh.ca
Sign guest book: www.generationsfh.ca