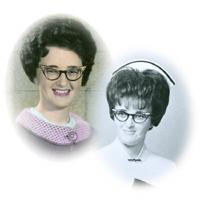 April 8, 1944 ~ February 11, 2013
Mrs. Diane Marlene Fomradas, beloved wife of Mr. John Fomradas of
Medicine Hat, passed away peacefully while in the comfort of her home
on Monday, February 11, 2013, at the age of 68 years. Along with
John, left to cherish Diane’s memory are her children: Shannon
(Guido) Cattoni of Dewinton, AB., Blaine (Ann Marie) Fomradas of
Medicine Hat and Jody (Dave) Nelson of Didsbury, AB.; grandchildren,
Holden and Taite Cattoni, Nikolaus and Dallon Fomradas as well as
Hunter and McKinley Nelson. Her memory will be forever cherished in
the hearts of her mother, Jessie Morrison; sister, Roberta Rath;
special cousins, Marilyn, Sonny and Delores as well as numerous other
cousins, nieces and nephews in Las Vegas and Southern California. She
was predeceased by her father, Samuel Hayes Morrison in 1985. Diane
Marlene Morrison was born in Medicine Hat on April 8, 1944 to proud
parents, Samuel and Jessie Morrison. This is also where she was
raised and received her education. Following her schooling in
Medicine Hat, she moved on to studies at St. Michael’s School of
Nursing, graduating in 1966, completing her degree at the University
Of Lethbridge. Just prior to receiving her degree, she married the
love of her life, John Fomradas, on December 30, 1965. Diane was
extremely proud that as a mature adult raising a family and working
full-time, she was able to achieve her Degree, something she had
promised her father she would do. Throughout her nursing career she
served as a floor nurse, manager of Labour and Delivery, and finally
as a teacher at both St. Michael’s and the Medicine Hat College –
Brooks Campus. Her kind, loving nature and desire to give of herself
and teach others, postured her as a perfect mentor to many in the
health care field. Diane enjoyed time spent sewing, knitting or doing
crafts of any kind, but nothing compared to watching her children and
now grandchildren play hockey and Lacrosse. She loved animals,
especially her cat, Zoey and her boxer, Pepper. A Celebration of
Diane’s life will be held at Cook Southland Funeral Chapel, 901 – 13
Street S.W., Medicine Hat on Friday, February 15, 2013, at 11:00 A.M.
with Reverend Barrett Scheske officiating. Interment will follow at
Hillside Cemetery. (Condolences may be expressed by visiting
www.cooksouthland.com
) If friends so desire, memorial tributes in memory of Diane may be
made directly to the ARNET – 1160 (Alberta Registered Nurses Education
Fund) 168 Street, Edmonton, Alberta, T5M 4A6. Honoured to serve the
family is Cook Southland Funeral Chapel, 901 – 13 Street S.W.,
Medicine Hat, Alberta T1A 4V4. Telephone toll free: 1-877-528-6455.