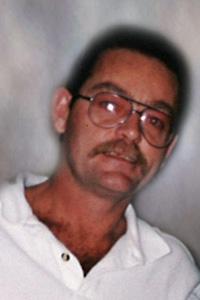 JIM HENDERSON of Lethbridge, passed away at the Chinook Regional Hospital on Thursday, February 14, 2013, at the age of 58 years.
He is survived by Sandi (George) Norman, Sharlene (Jim) Kew, Norma Jean (Ted) Fyles, Rob (Mary) Hawkins, and Maria Lisun, as well as many numerous nieces and nephews.
Jim is predeceased by his parents Alex and May, stepmother Helen, sister Christine, twin brother Don, and brother Bill.
Born on April 9, 1954, Jim was well liked by all who knew him and will be greatly missed. Jim was a real sports fan and strongly defended the Toronto Maple Leafs, one of Jim’s favourite pastimes was singing karaoke; he was known as “Diamond Jim” for his coverage of Neil Diamond songs.
Jim’s greatest joy in life was working at St. Mary’s School in Taber where he made friends with teachers and students alike.
A Service of Remembrance will be held at THE ROYAL CANADIAN LEGION (North Entrance) – 324 Mayor Magrath Dr. S. Lethbridge on Tuesday, February 19, 2013 at 1:00 P.M. with Major Glen Habkirk Officiating.
Honoured to Serve
Cornerstone Funeral Home & Crematorium
2800 Mayor Magrath Drive South
Lethbridge, Alberta T1K 7B1
Telephone ~ (403) 381-7777
Fax ~ (403) 381-3128
Toll Free ~ 1-(888)-381-7778
care@cornerstonefh.ca

No Condolences for “HENDERSON Jim”