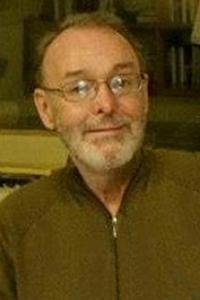 MR. ALEXANDER R McKENZIE of Lethbridge passed away suddenly on Saturday, February 9, 2013 at the age of 62 years.
Alex was born in Lethbridge on March 23, 1950 to Ralph and Hazel McKenzie. He attended Lethbridge schools and graduated with a Bachelor of Arts from the University of Lethbridge. He spent his entire life in southern Alberta. Alex had a passion for gardening and excelled at it, he helped young and old alike to beautify their property. Alex was one of the most amazing people you could ever meet. He spent most of his life giving to others, whether it was sharing his knowledge of gardening, delivering homemade cinnamon buns, checking on neighbors and friends, or caring for his mother until a few months before her 100th birthday. Alex was a gentle man who never judged others. His love and compassion for others was evident in all he did. We were so lucky to have shared Alex’s time on earth. He will be missed by so many, but his love and compassion will stay with us for eternity.
Alex is survived by his mother Hazel; his brother Ross (Kathy), nephews Brad and Brian and their children; and his sister Heather (Craig) Montgomerie, niece Lindsay (Andrew) Montgomerie-Whalen and their son. He was predeceased by his father Ralph.
A Memorial Service will be held at 10:00am on Saturday, February 16, 2013 at MARTIN BROTHERS RIVERVIEW CHAPEL, 410 6th Street South, Lethbridge with Reverend Terry Shillington officiating.
In lieu of flowers, please donate to the charity of your choice in honour of Alex.
Send condolences at www.mbfunerals.com.
Martin Bros. Funeral Chapels Ltd.
610 – 4 Street South
Lethbridge, AB T1J 4P3
Phone: (403)328-2361 Fax: (403)382-3623
Toll Free: 1-800-382-2901
www.mbfunerals.com