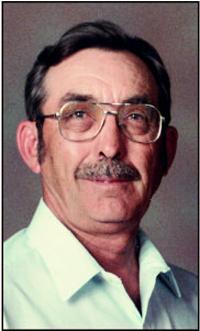 1931 – 2013
Philip Gross, beloved husband of the late Dorothy Gross, slipped away
peacefully at the Chinook Regional Hospital in the early morning hours of
Friday, February 22, 2013, just two weeks before his 82nd birthday. His
family was at his bedside as he quietly moved onwards.
Relatives and friends are invited to Prayers at the Southland Funeral
Chapel, 5006 – 48 Avenue, Taber on Tuesday, February 26, 2013 at 5:00 P.M.
The Funeral Mass will be celebrated at St. Augustine’s Catholic Church,
5009 – 48 Avenue, Taber on Wednesday, February 27, 2013 at 10:30 A.M. with
Reverend Vincent TuanHa Celebrant. Burial to follow at the Assumption
Cemetery, Grassy Lake. Condolences may be forwarded by visiting our website
at www.southlandfuneral.com.
Philip is survived by his four children Don (Rita) Gross of Lethbridge,
Mona (Jim) Ottenbreit of Fairmont, British Columbia, Darla (Brent) Felske of
Coaldale and Darren Gross of Lethbridge; six granddaughters and seven great
grandchildren. He is also survived by his siblings George (Jean) Gross of
Lethbridge, Peter (Donna) Gross of Calgary, Frank Gross of Lethbridge,
Lawrence Gross of Taber, Lucielle (Mike) Hryciuk of Bow Island, Agnes
Petersen of Calgary and by numerous nieces and nephews.
Philip was predeceased by his wife Dorothy Gross; his parents Elizabeth
(nee Thomas) and Joseph Gross; his sister and brother-in-law Barbara and Lum
Shockey; sister-in-law Joan Gross and brother-in-law John Petersen.
Philip was born in Grassy Lake on March 8, 1931. He married Dorothy Biegler
in September of 1949 and has resided in Grassy Lake all of his life.
Philip was a worker, a provider and a friend to everyone. He was always
ready to help anyone at a moments notice and never expected anything in
return. He grew up farming, hunting and never missed an opportunity to go
fishing, rain or shine. Philip had a wonderful group of friends that kept
him busy and a large family who would call with invitations for supper or a
visit. Philip will be sadly missed but fondly remembered.
If friends so desire, memorial tributes in Philip’s name may be made
directly to the Heart and Stroke Foundation of Alberta, Box 2211,
Lethbridge, Alberta T1J 4K7.
Arrangements in care of Southland Funeral Chapel, Taber. Telephone: (403)
223-8778.

No Condolences for “GROSS Phillip”