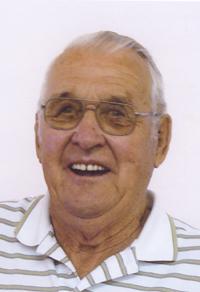 ARTHUR NORMAN ROBINSON, passed peacefully away, in Raymond, on Wednesday, February 20, 2013 at the age of 83 years.
He is survived by his sisters: LaVon (James) Gibb, LaVere Filmore and Donna Robinson, sisters-in-laws: Lea Robinson and Kathy Robinson and numerous nieces and nephews. He was predeceased by: his parents Harry and Hannah Robinson, brothers: Stewart, Dooley and Larry, sisters and brother-in-laws: Lillian (Howie) Klippert, Jeannette (Max) Court and Jean (Gordon) Sanderson.
Art was born May 29, 1929, the fourth child of Harry and Hannah Robinson. He was raised on the family farm south of Raymond and learned early the need for hard work, spending many years farming with his father and brothers. In 1968 his life took a turn when he went to work at Card and Card Chartered Accountants. Art formed a lifetime bond with Howard and Linda Card and was Unc1 to their children Daniel and Tamara.
Throughout his life he was a sportsman, competing in hockey, softball, curling, skiing and golfing. Rare Affair was Art’s first attempt at thoroughbred racing, an activity he enjoyed for most of his life. He shared his passion with his family, handicapping many a relative to a big win. Family picnics to Waterton, First of July celebrations and Robinson family reunions always found Art in the middle of the action. He loved to play cards with his family and always added to the volume.
The Funeral Service will be held Monday, February 25, 2013 at 11:00 at The Church of Jesus Christ of Latter-day Saints, KNIGHT STREET CHAPEL, 260 E, 200 N, Raymond. A viewing will be held prior to the service from 10:00 to 10:45 a.m.
Interment to follow in the Temple Hill Cemetery, Raymond.
Christensen Salmon Generations Funeral Home Ltd.
703-13 Street North
Lethbridge, AB T1H 2T2
Phone: (403) 382-3601
Fax: (403) 320-1492
Email: condolences@generationsfh.ca
Sign guest book: www.generationsfh.ca

No Condolences for “ROBINSON Arthur”