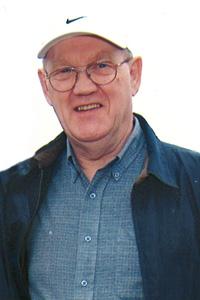 It is with deepest sorrow that we announce the passing of our husband, father and grandfather, Dr. Ian Bennett on Wednesday, Feb. 13, 2013, in Lethbridge.
Born in the Falkland Islands June 9, 1939, Ian moved to England with his parents at the age of six years. Ian immigrated to Canada in 1965 where he joined a medical practice in Lucky Lake, Sask. Three of Ian’s children, Anthony, Graeme and Pamela, were born in Lucky Lake. In 1971 Ian and his family moved to Fort Macleod where he joined the Walker Clinic. In 1973 Christopher was born. In 1982 Ian married Arline and in 1984 Lindsay was born. Ian continued his medical practice in Fort Macleod until his retirement from private practice.
After his retirement from private practice Ian continued to work with the Alberta Medical Association Physician and Family Support program. Ian was always concerned about the health and well-being of all physicians and their families.
Ian’s greatest joy was being with family and friends. He frequently reminded all his children he only had them so they would produce grandchildren. He was not disappointed. Ian enjoyed golf and hockey. He loved spending time at the cabin. He will be greatly missed.
Besides his loving wife Arline, Ian is survived by his two daughters, Pam (Eric) and Lindsay; his five sons, Anthony (Dal), Graeme (Yvonne), Christopher (Natalie), Darrell (Lana) and Jason (Tammy); grandchildren Morgan, Liam, Owen, Braden, Anders, Kiara, Stephanie, Claire, James, Summer, Kruze, Jett and Rowan; as well as extended family members Chad and Janine and their children Tyson and Grace.
Ian was predeceased by his parents George and Lillian and his sister Joan.
In lieu of flowers, those who wish, memorial donations may be made to St. Michael’s Palliative Care Unit, St. Michael’s Hospital, 1400 9th Ave. S., Lethbridge, T1J 4V5.
A Memorial will be held from 5 p.m. to 9 p.m. on Saturday,_March 2, 2013, at the GALT MUSUEM, 502 1ST St. S., Lethbridge.
Send condolences at www.mbfunerals.com.
Martin Bros. Funeral Chapels Ltd.
610 – 4 Street South
Lethbridge, AB T1J 4P3
Phone: (403)328-2361 Fax: (403)382-3623
Toll Free: 1-800-382-2901
www.mbfunerals.com

No Condolences for “BENNETT Ian”