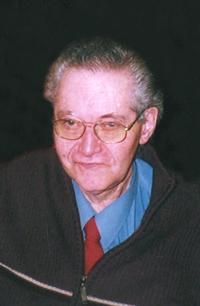 Mr. Stewart “Stu” Nyquist of Lethbridge, beloved husband of Mrs. Florence Annette Nyquist, passed away suddenly and peacefully on Friday, February 22, 2013 at the age of 67 years.
Stu was born on November 29, 1945 in Fernie, BC, the son of Harold and Margaret Nyquist. When Stu got to high school he played in the Cranbrook concert band, always doing solos and joined a rock in roll band called the Tycons.
Stu and Flo shared a very special love that Stu always said God sent Flo to him. They would have been married 48 years on March 13th. They had plenty of ups and downs but always said they had a great life. Stu loved and thought so much of his sons and grandchildren, Mel and Colin. He was always so interested and supportive of all they did.
Besides his loving wife Florence, Stu is survived by his three sons Stewart Garnet, John Harold, and Christopher James; extended family Colin and Melody Peevers; grandchildren Christopher Jon William, Anthony Troy Stewart, Brandon John Stewart, and Breanne Hope; sister Nancy Alger; and brother John Charles.
Stu was predeceased by his parents Harold and Margart Nyquist; baby sister; brothers-in-law Terry Alger, Ray Eng; father and mother-in-law Garnet and Cherry Bannatyne; and sister-in-law Roberta Jean Bannatyne.
Sleep well my sweetheart, until that great day you come to take me home.
A Funeral Service will be held at 1:00 pm, on Wednesday, February 27, 2013 at MARTIN BROTHERS RIVERVIEW CHAPEL, 610 – 4 Street South, Lethbridge with Michael Gray officiating.
Send condolences at www.mbfunerals.com.
Martin Bros. Funeral Chapels Ltd.
610 – 4 Street South
Lethbridge, AB T1J 4P3
Phone: (403)328-2361 Fax: (403)382-3623
Toll Free: 1-800-382-2901
www.mbfunerals.com