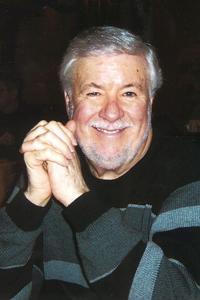 August 12, 1929 – February 22, 2013
Lorne Kenneth (Ken) Robison of Lethbridge, beloved husband of the late Mary Robison, passed away peacefully after a lengthy illness on Friday, February 22, 2013 at the age of 83.
Ken was born and spent his early years in Saskatchewan. After moving to Lethbridge he met and married the love of his life, Mary, in August 1952. Ken was an active contributor to the Lethbridge business community, an avid member of the Lethbridge Country Club, and a longtime member of Kinsmen and K40. After retirement, Ken enjoyed spending the winter months in Palm Desert, California.
Ken was predeceased by his wife, Mary, brothers Ron, Glen and Vern. He is survived by his daughter Patti (Greg) Garnett, son Perry Robison, grandchildren Michelle and Matthew Garnett, and Kristina Robison, as well as several nephews, nieces and their families.
Cremation and private inurnment will be held by family. A celebration of his life will take place in May. Details will be announced at a later date.
In lieu of flowers, donations to St. Michael’s Palliative Care Unit, 1400 – 9 Ave South, Lethbridge, AB T1J 4V5 would be greatly appreciated.
Send condolences at www.mbfunerals.com.
Martin Bros. Funeral Chapels Ltd.
610 – 4 Street South
Lethbridge, AB T1J 4P3
Phone: (403)328-2361 Fax: (403)382-3623
Toll Free: 1-800-382-2901
www.mbfunerals.com