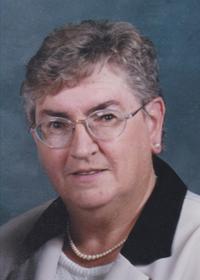 DARLENE GLORIA De CLERCQ, beloved wife of Richard De Clercq of Lethbridge, AB., passed away at the St. Michael’s Palliative Care Center on Sunday, February 24, 2013 at the age of 67 years.
Besides her loving husband Richard Ney De Clercq, she is survived by her two children, Kevin Dale (Loya) De Clercq of Lethbridge and Kimberly Lynn (Doug) Hartell of Red Deer two grandchildren, Haylene De Clercq of Lethbridge and Joshua Robyn Hartell of Red Deer
Darlene is also survived by her Father Herb Siewert of Hanna and her Brother Gerry (Cindy) Siewert. and Numerous Nieces and Nephews.
She was predeceased by her Mother Olga Emily Siewert and her Sister Della Marie Stuber.
Darlene was Born and Educated in Hanna, Alberta, after high school she worked at the Hanna hospital and that eventually led to her enrolling in the Nursing Aide School in Calgary, Alberta. She Graduated in 1966 and following that she started working in Calgary, afterwards moving to Claresholm and marrying Richard De Clercq in 1967. Together they adopted 2 children from 1970 and 1972. As a family they moved to Fort Macleod in 1975 and for the next 13 years she worked for Home Care.
Darlene loved to go camping – any time and any place with her friends who would party. The family had several small dogs – they were always a favorite for Darlene, especially Duke and Penny. As well, fishing was a favorite pastime.
A special mention and thanks must go to Deb Pinder, Diane Bezunis and Doreen Veno for their friendship and support over the years.
A Memorial Service will be held at the HANNA & DISTRICT COMMUNITY CENTRE located at 503 – 4th Street West, Hanna, Alberta at a later date.
In Memory of Darlene, Donations may be made to the Canadian Cancer Society, 317-10th Street S, Lethbridge, AB, T1J 2M7 or to the Heart & Stroke Foundation, PO Box 2211, Lethbridge, AB., T1J 4K7.
Honoured to Serve
Cornerstone Funeral Home & Crematorium
2800 Mayor Magrath Drive South
Lethbridge, Alberta T1K 7B1
Telephone ~ (403) 381-7777
Fax ~ (403) 381-3128
Toll Free ~ 1-(888)-381-7778
care@cornerstonefh.ca