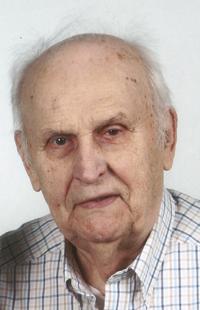 JOHN FURY (1921 – 2013) passed away peacefully at the Chinook Regional Hospital on Saturday, March 2, after a brief illness at the age of 91 years. He was born in Hungary on July 28, 1921. He was a devoted husband (married April 22, 1950) to Mary for almost 63 years. He was also a loving father to Linda (Jerry) Martin of Hanna, Alberta and to Kevin Fury of Medicine Hat, Alberta. The apple of his eye was his only grandchild, Blaine Martin also of Hanna. He also leaves a sister, Mary Hanzel of Lethbridge, a sister-in-law Ella Roman of Calgary as well as nieces & nephews of Lethbridge and Calgary. John worked for Scott National Fruit Co. for 42 years where he made many friends for life. He retired in 1984. At John’s request there will be no public service. A private inurnment will be held at a later date.
Honoured to Serve
Cornerstone Funeral Home & Crematorium
2800 Mayor Magrath Drive South
Lethbridge, Alberta T1K 7B1
Telephone ~ (403) 381-7777
Fax ~ (403) 381-3128
Toll Free ~ 1-(888)-381-7778
care@cornerstonefh.ca