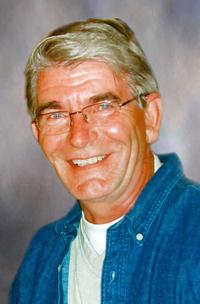 JOE (JOSEPH MARIE WILLIAM) 1948 – 2013, passed away at the Chinook Regional Hospital on Sunday, March 3, 2013 at the age of 64 years.
Beloved husband of Marja, brother to Martha, George, Tom, Barb, Sinky, John, Paul, Nick, Hank, Andy, Jack and their families, as well as father-in-law John.
Joe was born on December 27, 1948 in De Kwakel, Netherlands. He loved to travel and revisited his Dutch roots on many occasions.
As a proud, longtime citizen of Coaldale, Joe served his community as a volunteer fire fighter/ EMT, town councilor and sat on various boards and committees because he cared.
Never without a hobby or a woodworking project, he was happiest when spending countless hours puttering in his garage.
Joe was predeceased by his father Nick, mother Jacoba, brothers Corry, Pete and Rudy, along with his sister Riet, and his mother-in-law Gerda.
Meeting Joe at the Rainbow Bridge are his beloved mutts and greyhounds. If he were to sum up his life he would say: Not quite what I was planning, but I wouldn’t change it a bit.
A Celebration of Life will be held at the READYMADE COMMUNITY HALL, East on hwy 512, “Jail Road”, Lethbridge, AB., on Thursday, March 7, 2013 at 2:00 P.M. with Andy van Rijn, Master of Ceremonies.
Honoured to Serve
Cornerstone Funeral Home & Crematorium
2800 Mayor Magrath Drive South
Lethbridge, Alberta T1K 7B1
Telephone ~ (403) 381-7777
Fax ~ (403) 381-3128
Toll Free ~ 1-(888)-381-7778
care@cornerstonefh.ca

No Condolences for “VAN RIJN Joe”