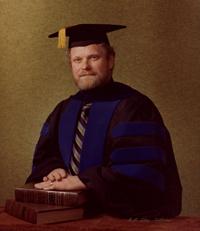 April 25, 1936 – February 28, 2013
DR. EDWIN WILLIAM WEBKING JR., passed away on February 28, 2013 at the age of 76 at his home in Lethbridge, Alberta Canada. Edwin was born in Butte, Montana to Edwin William Webking Sr. and Lelah Violet Rice Webking.
Edwin married Helen Webking (Tacoma) in 1959 in Los Angeles, California. They were happily married almost 40 years. Edwin is survived by brother Paul John Webking (Tacoma) and sister George Anna Lila Jackson (Hayden), his children: Nicholas Michael Webking (Lethbridge), Jennifer Lee Webking (Puyallup) and Tanya Webking (Tacoma); and grandchildren: Danielle Quiring Webking (Saskatoon), Jamieson John Webking (Puyallup), Garrison William Webking (Puyallup) and Addison Lee Webking (Puyallup). Edwin was preceded in death by his father, Edwin William Webking Sr. and his mother Lelah Violet Rice, and his oldest sister Martha Lelah Peront.
Edwin grew up in Butte Montana where he graduated from high school before moving to California to pursue his secondary education. Edwin obtained his B.A. from Pepperdine University (1958), M.A., from University of California State University of Los Angeles(1964), and Ph.D. from Claremont University (1971). Edwin started his teaching career as a Professor at the University of Alaska at Fairbanks, Alaska in the political science department in 1966. In 1969, Edwin joined the teaching staff at the University of Lethbridge, Alberta where he remained teaching in the Political Science department upon his retirement in 2010. While teaching at the University of Lethbridge Edwin was involved in multiple committees, some of those being the Board of Governors, University of Lethbridge Faculty Association, Dean’s Advisory Council, General Faculty Council and Department Chair.
Edwin was an active member of his community and always enjoyed socializing with family friends and his students; in fact he maintained lifelong friendships with many of his former students. Edwin was a member of numerous political and volunteer organizations; some of those organizations were the Canadian Civil Liberties Association, World Citizens Centre, Amnesty International, Lethbridge Citizens Human Rights Council and London Road Neighborhood Association. One of Edwin’s proudest accomplishments was his written contribution to the Charter of Human Rights in 1982, which was signed into Canadian history by Queen Elizabeth and Prime Minister Pierre Trudeau. Edwin was a very special man who spent his entire life helping his fellow man and devoted himself to being a wonderful father, friend, educator and public servant.
A Funeral Service will be held in Lethbridge, Alberta at SOUTHMINISTER UNITED CHURCH at 1011- 4th Avenue South at 2:00 pm, Saturday, March 9, 2013. In lieu of flowers the family requests memorial donations can be made to the Lethbridge Food Bank Society, 1016-2 Avenue S, Lethbridge, AB T1J 0C9, or charity of their choice.
Christensen Salmon Generations Funeral Home Ltd.
703-13 Street North
Lethbridge, AB T1H 2T2
Phone: (403) 382-3601
Fax: (403) 320-1492
Email: condolences@generationsfh.ca
Sign guest book: www.generationsfh.ca