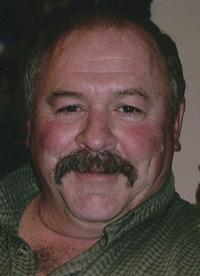 Vernon Steve Sorge of Pincher Creek AB passed away on Sunday, March 17, 2013 at the Pincher Creek Health Center at the age of 59 years. Vernon was born on January 1, 1954 in Pincher Creek where he lived his entire life, marrying his wife Francine Bruder on February 2, 1979. Vernon is lovingly remembered by his wife Francine, sons Ryan (Jessica) and Lucas (Brenda), grandchildren Danika and Grayson, mother Adeline, sisters Jean (Chester)(Travis and Megan) McRae, and Diane (Don) (Patrick and Anthony) Anderberg, father-in-law Frank Bruder (Ann), sisters-in-law Gwen (Mitch) Jacques and Linda (Wayne) Roberts, and
brother-in-law George Bruder. He is predeceased by his father Steve, and mother-in-law Jean Bruder.
Vern was well known as the owner of Sorge Trucking, always willing to share his trucking, heavy equipment and mechanical knowledge with others. He had a special love for Dogs. He will be remembered as a unique individual who was always willing to help those in need. He could always be found hard at work at his shop except at 3:30 when it was coffee time at his parent’s house. He was a caring son, husband, father, grandfather and friend to many. He was a great man and will be greatly missed by all.
A Prayer Service will be held at 7:00P.M. on Friday, March 22, 2013 at St. Michael’s Roman Catholic Church 958 Christie Ave., Pincher Creek.
A Memorial Mass will be held at 11:00A.M. on Saturday, March 23, 2013 at St. Michael’s Roman Catholic Church 958 Christie Ave., Pincher Creek with Father Rudy Badiola, Celebrant.
A luncheon will be held after the service upstairs in the Legion.
Donations may be made in Vernon’s memory to The Windy Slopes Health Foundation, P.O. Box 2554, Pincher Creek AB, T0K1W0, and/or to Second Chance Animal Rescue Pincher Creek, P.O. Box 1034, Pincher Creek AB, T0K 1W0.
Eden’s Funeral Home and Crematorium
966 Elm Street
Pincher Creek, AB
Phone: 403-627-3131
Email: condolences@edensfuneralhome.com
www.edensfuneralhome.com

No Condolences for “SORGE Vernon”