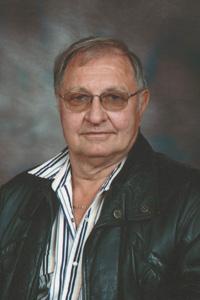 1941 ~ 2013
MR. FRANKLYN KUEHN of Granum, beloved husband of Lynne Kuehn, passed away suddenly on Monday, March 25, 2013 at the age of 71 years.
Franklyn Alfred Kuehn was born on May 11, 1941 in Lethbridge. He was raised on the family farm at Skiff. He attended school in Skiff, Foremost, Lethbridge and Calgary. He obtained his Flying License at the age of 17. He graduated with a BSC in Agriculture from Bozeman, Montana. He also obtained Welding License and a Heavy Duty Mechanics License. He married Lynne Fairweather on November 11, 1961. They moved to the family farm in 1962, to Foremost in 1977 and to Granum in 2000. Franklyn was a man who was not afraid of work. He was a farmer, crop duster, mechanic, long haul truck driver, Public Works Foreman and charter coach driver. He was a “jack of all trades” and could rig up a fix to almost anything. He was willing to help anyone in need at any time. His interests were flying, Alberta Flying Farmers, welding, skiing, tractor pulling, lapidary & jewelry making, fishing, collecting treasures, and practical jokes. He was very creative and showed his talents in building an air drill, an RV-6 airplane, a pulling tractor and converting a bus to a beautiful motor home. He loved to travel and camped with family and friends.
Besides his loving wife, Lynne, Franklyn is survived by his daughter Janet (Alan) Gunning; son Rodney (Cindy); his grandchildren Michael Janze, Jennifer (Mark) Stocker and their son Colby, Jessica Janze, Mathew Kuehn, Kyle Gunning, and Lauren Gunning; his father Herbert Kuehn; his sisters Ethel (Alan) Graham and Paige Hartman; his brother Ken (Lori) Kuehn; his uncle Wes Kuehn along with his children Pheona (Ed) Sloboda, Harold (Lorraine), Randy (Karen), and Farley; as well as numerous nieces, nephews, cousins and their families.
Franklyn was predeceased by his mother Grace (Hap) Kuehn.
A Memorial Service will be held at 1:00pm on Friday, April 5, 2013 at MARTIN BROTHERS RIVERVIEW CHAPEL, 610-4th Street S., Lethbridge, Alberta, with Reverend Eras Van Zyl officiating. Inurnment to follow in Warner Cemetery at a later date.
In lieu of flowers memorial donations may be made to STARS (Shock Trauma Air Rescue Service) Foundation, P.O. Box 570, 1441 Aviation Park N.E., Calgary, AB T2E 8M7 or to a charity of your choice.
Send condolences at www.mbfunerals.com.
Martin Bros. Funeral Chapels Ltd.
610 – 4 Street South
Lethbridge, AB T1J 4P3
Phone: (403)328-2361 Fax: (403)382-3623
Toll Free: 1-800-382-2901
www.mbfunerals.com

No Condolences for “KUEHN Franklyn”