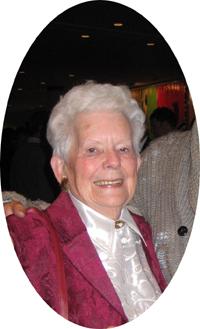 We are sad to announce the passing of our mother, Margaret (Maggie) Anne Bennett (Parnell), of Picture Butte, AB., on Monday, December 3, 2012 from Cardiac Arrhythmia. Mom was cremated on December 8, 2012 at Cornerstone Funeral Home.
Mom leaves behind her daughter, Esther (Barrett) Bennett of Picture Butte, AB., and her 2 sons, David (Brian Lasure) Bennett of Toronto, ON., and Paul (Shelley) Bennett of Hastings, ON., her sister, Patricia Parnell-Jones of Toronto, ON and niece Victoria (Paul) Midgley of Meaford ON. She was an inspirational life mentor to her Grandchildren, Richard (Judy) Barrett of Plymouth, MI., and Ryan, Adam and Brandon Bennett of Hastings, ON. Mom was also a kind and gentle Great Grandmother to William and Jason Barrett of Plymouth, MI. Mom was predeceased by her sons, infant John Patrick Bennett, Willie P. Bennett (Patrick) of Peterborough ON., her brothers, infant twin John Frederick Parnell and Richard Parnell and his wife Peggy of Surrey, B.C., her brother-in-law Harold Jones, her nephews, Harry Jones and Danny Parnell and her father and mother, Fred and Hilda (Sloman) Parnell of England.
A Celebration of Life will be held at the PICTURE BUTTE SENIOR’S CENTRE, 607 Highway Avenue North, Picture Butte, on Saturday, April 13, 2013 at 1:00 P.M. with a reception to follow
A second Celebration of Life will be held at the TRAIL’S END LODGE & COTTAGE, 60 Elgin Street, Tobormory, ON., on May 18, 2013 at 2:00 P.M.
In lieu of flowers, donations may be made to the YWCA Harbour House, 604 – 8th Street South, Lethbridge, AB.
Honoured to Serve
Cornerstone Funeral Home & Crematorium
2800 Mayor Magrath Drive South
Lethbridge, Alberta T1K 7B1
Telephone ~ (403) 381-7777
Fax ~ (403) 381-3128
Toll Free ~ 1-(888)-381-7778
care@cornerstonefh.ca

No Condolences for “BENNETT Margaret”