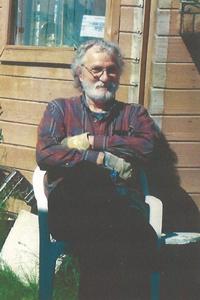 FEBRUARY 10, 1938 ~ MARCH 28, 2013
MR. GEORGE ALEXANDER SNOWDEN of Lethbridge, beloved husband of Mrs. Barb Snowden, passed away peacefully on Thursday, March 28, 2013 at the age of 75 years.
George was born, raised and educated in Lethbridge. He was a gentle, friendly man with a big heart, quick wit and great sense of humor. He was a dedicated sports fan and had memorized a huge inventory of baseball and hockey statistics that he was proud to share whenever required. George was a 60 year member of Lethbridge Lodge No. 2, Independent Order of Oddfellows.
Besides his loving wife Barb, George is survived by his son Steven (Tracy) Snowden, their two daughters, Leah Snowden and Erin (Allan) Jensen and his great grandsons, Jayden and Chase Jensen all of Calgary; and his daughter Stephanie (Allan Buehler) of Okotoks. Also left to mourn is his brother Robert (Jo) Snowden; his sister Dorothy (Mel) Bertsch; one niece, three nephews and their families; Barb’s two sons, Don and Ken Nash; and Barb’s granddaughter, Cassy Hilmer.
George was predeceased by his parents Roland and Marjorie Snowden and by Barb’s two daughters, Barb Hillmer and Linda Nash.
A Graveside Service will be held at 3:00pm on Saturday, April 6, 2013 at MOUNTAIN VIEW CEMTERY with Major Brian Beveridge, officiating.
Flowers are gratefully declined. Those who wish, memorial donations may be made to the Lethbridge Salvation Army at 1811 – 2 Avenue South, Lethbridge, T1J 2C9 or to the Lethbridge Lodge No. 2, I.O.O.F. at 501 – 4 Avenue South, Box 115, Lethbridge, T1J 3Y3.
Send condolences at www.mbfunerals.com.
Martin Bros. Funeral Chapels Ltd.
610 – 4 Street South
Lethbridge, AB T1J 4P3
Phone: (403)328-2361 Fax: (403)382-3623
Toll Free: 1-800-382-2901
www.mbfunerals.com