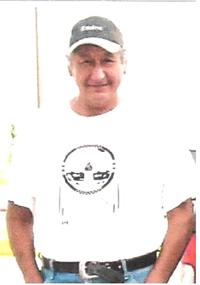 It is with heavy hearts that we announce the passing of our dear Father, Grandfather, and Husband, “Dusty” Frank Smith Sr. As the sun rose on Thursday, April 4, 2013, Dusty began his journey into the spirit world.
Dusty was born on September 14, 1951 in Brocket, Alberta to the late Paul and Susie Smith. He was predeceased by his infant Son; Lance Smith, Daughter; Alyssha Cross Child, Siblings; Percy, Bernard and Arnold Smith.
He will be lovingly remembered with a lifetime of many cherished memories by his loving Wife; Beulah, Son’s; Frank Jr, Benjamin, Dustin and Brent Smith, Daughter; Jenny Yellow Horn and Sibling’s; Dexter Sr, Floyd, Michael, Florence, Mae, Elaine, Veronica, Eloise and Roseanne.
A wake service will take place at his residence on Monday, April 8, 2013 beginning at 3:00 p.m. The funeral service will take place at the Piikani Community Hall on Tuesday, April 9, 2013 at 11:00 a.m.
Funeral arrangements entrusted to Snodgrass Funeral Home “Pincher Chapel” (403) 627-4864.
You may email condolences to www.snodgrassfuneralhomes.com