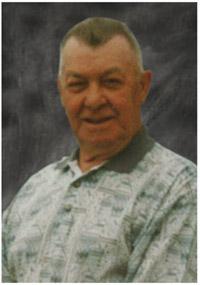 MR. JOHN “GORDON” ZUBACK, beloved husband of the Mrs. Claire Zuback of Lethbridge, passed away with his family at his side at the Chinook Regional Hospital on Thursday, April 11, 2013 at the age of 85 years.
He is lovingly remembered by his wife Claire, one son Jason (Kari) Zuback and one granddaughter Lola of Calgary, one brother Joe (Joan) Zuback of Nanaimo, BC.
Gordon was predeceased by his daughter Shelley-Anne, an infant son Gregory, his parents John and Anne Zuback, one brother Lawrence and a sister Dorothy Donovan.
Gordon was born August 21, 1927 in Lethbridge. He worked for over 37 years for CPR. Gordon was married to Claire on September 6, 1952 and have been happily married for almost 61 years.
“ZUB” as he was known to his friends, was an avid golfer and golfed in Raymond. His greatest pleasure was being around horses, horse racing and attending to his horses.
He will be sadly missed by his family and many friends.
A Service of Remembrance will be held at CORNERSTONE FUNERAL HOME, 2800 Mayor Magrath Drive South, Lethbridge, AB on Tuesday, April 16, 2013 at 1:00 P.M.
In memory of Gordon, memorial donations may be made to a charity of one’s choice.
Honoured to Serve
Cornerstone Funeral Home & Crematorium
2800 Mayor Magrath Drive South
Lethbridge, Alberta T1K 7B1
Telephone ~ (403) 381-7777
Fax ~ (403) 381-3128
Toll Free ~ 1-(888)-381-7778
care@cornerstonefh.ca