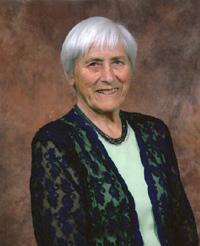 1927 – 2013
On April 4, 2013, Charlotte (Mavis) passed away peacefully and comfortably, surrounded by her three loving daughters and her granddaughter. Born in Oxford, England, Mum filled her life and those around her with fun and laughter. She emigrated to Canada in 1959, and shortly thereafter was tragically widowed with three young children. Despite this Mum continued to embrace new adventures and even in her senior years managed travel to worldly destinations. Throughout her life Mum was actively involved with the Girl Guides, and helped extend guiding to the mentally handicapped. She lived and raised her family in Kamloops and later moved to Calgary followed by Lethbridge and recently to Victoria BC. Charlotte is survived by her daughters, Jacqueline, Lesley and Johanna, her sons-in-law, and her three grandchildren. Mum greatly valued all of her friendships. In her memory, please consider making a contribution to one of Mum’s favourite charities at www.oxfamunwrapped.ca .