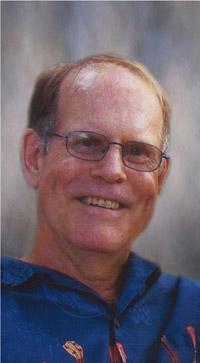 WAYNE WILLIAM WINTER, beloved husband of the late Wilma Winter, passed away at home in Lethbridge on April 15, 2013 at the age of 70. Wayne is survived by his sons Hal, of Lethbridge and Glen (Kerry) of Medicine Hat and his three precious grandchildren Lindsay, Ben, and Jonathan.
Wayne was born in Saskatoon, Saskatchewan on March 18, 1943 to Doris and Bill Winter. Due to Bill’s service in WW2, Wayne did not meet his father until he was three years old.
He is survived by his brother Doug (Nancy) Winter and children, Rhett and Teale, and his niece Lynette (Kris) Godfrey and children, Luke and Paige. Wayne was predeceased by his sister Darlene Winter and his brothers Dea Winter and Jerry Winter.
Wayne received a B. Ed at the University of Calgary and played hockey for the University of Calgary Dinos. He obtained a Masters Degree in Mathematics from the University of Oregon. Wayne taught Mathematics at Lethbridge Collegiate Institute (LCI).
A fine athlete, Wayne loved sports, excelling at hockey and football in his youth. As an adult Wayne’s passion was golf and he was a long time golfing member of the Lethbridge Country Club.
Wayne was curious and a lifelong learner. Many were fortunate as Wayne freely shared his findings on the golf swing or his latest health tip.
He enjoyed playing and teaching duplicate bridge and obtained the level of Life Master from the American Contract Bridge League. Wayne was an active member of the Lethbridge Duplicate Bridge Club.
Wayne and Wilma loved to travel. In retirement they visited Israel, Ireland, Hawaii, and Australia.
Flowers are gratefully declined. If you so choose, make a donation to the Heart & Stroke Foundation, PO Box 2211, Lethbridge, AB., T1J 4K7
Family and friends are invited to celebrate Wayne’s life on Sunday, April 21, 2013 at 3:00 P.M. at COUNTRY KITCHEN CATERING, 1715 Mayor Magrath Drive South (beneath the Keg).
Honoured to Serve
Cornerstone Funeral Home & Crematorium
2800 Mayor Magrath Drive South
Lethbridge, Alberta T1K 7B1
Telephone ~ (403) 381-7777
Fax ~ (403) 381-3128
Toll Free ~ 1-(888)-381-7778
care@cornerstonefh.ca

No Condolences for “WINTER Wayne”