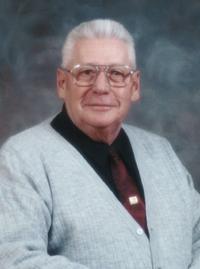 1936 ~ 2013
MR. EDWARD HERLE of Lethbridge, beloved husband of Annabelle Herle, passed away on Thursday, April 18, 2013 at the age of 76 years.
Edward was born at a rural Saskatchewan homestead on October 7, 1936 the first born child of Wendelin and Cathrine Herle. At 24 years of age he married Annabelle Sehn on June 6th, 1960 (53 years of marriage). Over the years, Edward continued to farm in Saskatchewan. He attended the Barber school in Lethbridge. In 1963, they moved to Sceptre, Saskatchewan and in 1965 they began to pursue farming and the operation of a Beauty and Barber Salon for 30 years. They also sold Lifetime Cookware and water distillers. In 1996, they moved back to Lethbridge but still continued to farm from the city. Edward was passionate about organic farming.
Edward’s life was centered on family, food, and faith. One of Edward’s greatest joys was watching Annabelle play her banjo at many events. Edward and Annabelle also loved to dance.
When Edward and Annabelle moved to Lethbridge they became part of the Catholic Church and started giving back by joining the Lethbridge Seniors Organization. Edward loved to arrange Gospel Music events, Polka music festivals, and truly valued the friendships he formed in Lethbridge.
He will be sadly missed by many!
Besides his loving wife Annabelle, Edward is survived by his one daughter Helen Dietz (Myron Brost) and two sons Tim (Karen) Herle and Dan (Lorraine) Herle; his grandchildren Nikki Dietz, Mitch Dietz, Jordan (Alexis) Herle, Kayleigh (Josh) Van Es and Camille (Ryan) Fink; his great- grandchildren Landon Dietz and Karsyn Fink; his four sisters Joanne Stevens, Lillian Labadie, Linda Hayman, and Bernice Duguay; as well as numerous nieces, nephews, cousins and their families, as well as Aunt Agnas Gibson and Uncle Pete and Edith Garrecht.
Edward was predeceased by his parents Wendelin and Cathrine Herle.
Vigil Rites will be held at 7:00pm on Tuesday, April 23, 2013 at MARTIN BROTHERS RIVERVIEW CHAPEL | 610- 4th Street South, Lethbridge.
A Funeral Mass will be celebrated at 1:00pm on Wednesday, April 24, 2013 at OUR LADY OF ASSUMPTION | 2405- 12th Avenue South, Lethbridge, with Father Kevin Tumback celebrant. Interment to follow at the Mountain View Cemetery.
In lieu of flowers, memorial donations can be made to the Alberta Children’s Hospital Foundation | 2888 Shaganappi Trail NW, Calgary, AB T3B 6A8.
Send condolences at www.mbfunerals.com.
Martin Bros. Funeral Chapels Ltd.
610 – 4 Street South
Lethbridge, AB T1J 4P3
Phone: (403)328-2361 Fax: (403)382-3623
Toll Free: 1-800-382-2901
www.mbfunerals.com

No Condolences for “HERLE Edward”