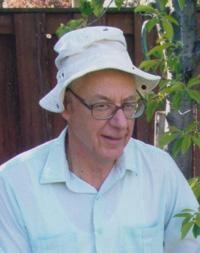 1942 ~ 2013
We sadly announce the passing of William Robert Duncan of Kamloops, BC, on April 23rd, 2013 at 71 years of age. Bob is survived by his loving wife, Barbara Duncan, as well as children, Peter Duncan and Adam Duncan of Kamloops, BC. Bob is also survived by his sister, Margaret, brothers Alvin (Diane), Maurice (Val), and Jim (Martina), as well as numerous nieces, nephews and friends. Bob was predeceased by his mother Edna, and father Alex.
Bob was born in Lethbridge, AB, in 1942. He went to school in nearby Coalhurst and after graduation, joined the R.C.A.F. After initial training in Clinton, ON, Bob was transferred to Summerside, PE, where he met the love of his life, Barbara Harris. They were married in June 1964 and immediately transferred to Europe where they lived for four years. After transfer back to St. John’s, NL, Bob completed his university degree and worked there for five years. Transfer to Ottawa was next, and Bob was promoted to Captain. The family left Ottawa in 1980 and moved to Holberg, BC where he worked in telecommunications. From Holberg they were transferred to the Kamloops Recruiting Centre where Bob spent the last of his 27 years of military service. In 1987, Bob began work for the BC Government in Social Services and Housing. He retired from that role after 16 years with the Ministry.
Never one to be idle, Bob, in his retirement, volunteered at the Kamloops Food Bank where many special friendships developed (especially with Michael) that lasted to the end of his days. He accepted the role of President of the Food Bank for four years. In his spare time, Bob engineered and constructed rock walls in their yard from rocks that were brought home from their many travels around the province. Bob was a devoted husband and father; his family and extended family were of primary importance in his life. Bob will be greatly missed by all who knew and loved him.
The Memorial Service for Bob will be held at 1:00 pm on Wednesday, May 1, 2013 in the Kamloops Funeral Home Chapel, 285 Fortune Drive.
In memory of Bob, the family encourages donations to be made to the Kamloops Food Bank, which may be brought to the funeral home on the day of the service.
Arrangements entrusted to
Kamloops Funeral Home
250-554-2577
Condolences may be emailed to the family from www.kamloopsfuneralhome.com

No Condolences for “DUNCAN William”