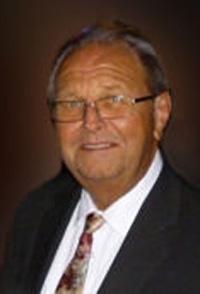 It is with heavy hearts that we announce the sudden passing of Andy Shorthouse. Andy was born on January 29, 1949 in Lethbridge, Alberta and passed away on May 3, 2013 at the Foothills Hospital at the age of 64 years. He is lovingly remembered by his wife Kim, their children Jeff Shorthouse (Twyla); Kyla (Matt) Brassard and their children Jackson and Gia; and Arianne (Drew) Pearson and their son Cole. His parents Gladys (and the late Joe Shorthouse); and his siblings, Joe (Marilyn) Shorthouse, Brenda (Gord) Ferguson, Doug Shorthouse and families. Andy was employed at Methanex for over 30 years as a 1st class Steam Engineer. His abilities gave him opportunities to work internationally, where he met and maintained many friendships. After a brief retirement, Andy became part of the team at PanGlobal, where he was involved in the rewriting and publishing of new textbooks for upcoming steam engineers. Andy loved his family unconditionally and taught by example, laughter was a constant in our home and his quick witt was often shared with our dear and long time friends. His passions were his family, the Toronto Maple Leafs, and his beloved cabin. His gentle nature and humble spirit were with him ’till the end. He died as he lived- a “gentleman.” The funeral service will be held in the PATTISON CHAPEL on Friday, May 10, 2013 at 1:00 p.m. with Rev. Clare Rattai officiating. A private interment will follow in the Hillside Cemetery. Donations may be made to the Elkwater Community Association, P.O. Box 27, Elkwater, AB T0J 1C0 or contact: Leslie Nemeth at 403-893-2424. To e-mail an expression of sympathy, please direct it to: pattfh@telusplanet.net subject heading: Andy Shorthouse, or you may visit www.gonebutnotforgotten.ca and leave a message of condolence.
Arrangements are by the PATTISON FUNERAL HOME AND CREMATORIUM 540 South Railway St. SE, Medicine Hat T1A 2V6. Please call 1-866-526-2214 for further information.

No Condolences for “SHORTHOUSE Andy”