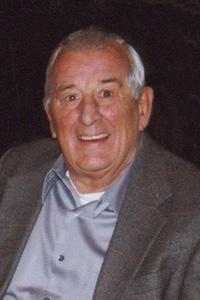 1936 ~ 2013
THEODORUS “TED” ANTONIUS VAN DEN HENGEL of Lethbridge, beloved husband of Sharon Van Den Hengel, passed away peacefully at St. Michaels Palliative Care on Saturday, May 25, 2013 at the age of 76 years.
Ted was born in Stoutenburg, Netherlands on November 16, 1936; he then immigrated to Canada in May 1954 with his family. Upon arriving in Alberta he worked as a farm laborer in the Raymond and Milk River area eventually coming to Lethbridge. Being a baker by trade he worked at the Marquis, Van Den Hengel’s Bakery, IGA, Super Value and for Ericksen’s Fine Foods. Retiring in 1998 due to a stroke.
Ted was a loving and caring father and grandfather to Pam (Mike) Kaytor, Mikayla and Jenay; Julie (Waylon) Roszell, Austin and Blair; and Kevin and Zada; and will be missed greatly by his family, friends, and all who knew him.
Besides his loving wife Sharon, children and grandchildren, Ted is survived by his 6 sisters Truus (Gerry) Karperien of Calgary, Rika (John) Burgwal, Tina (Murray Burt) Simons, Diane (Stan) Lewicki, Ria (Dennis) Brady, and Nancy (Darryl) Asplund; a brother Peter; as well as numerous nieces, nephews and their families.
He was predeceased by his parents John and Hendrika; brothers John and Dave; sister Tony Husch; in-laws Mabel and Eric Ekensteen; brothers-in-law Roy, Lloyd and Alfons Simons; and sisters-in-law Evina (Lois) Smith and Edith Van Den Hengel.
A private family Graveside Service will be held at a later date. A Celebration of Life will be announced at a later date.
In lieu of flowers, those who wish can make a memorial donation to the Heart and Stroke Foundation, box 2211, Lethbridge, AB T1J 4K7, Prostate Cancer Centre, 6500, 7007 – 14th Street SW, Calgary Alberta T2V 1P9, or St. Michaels Palliative Care, 1400 – 9 Ave South, Lethbridge, AB T1J 4V5.
Send condolences at www.mbfunerals.com
Martin Bros. Funeral Chapels Ltd.
610 – 4 Street South
Lethbridge, AB T1J 4P3
Phone: (403)328-2361 Fax: (403)382-3623
Toll Free: 1-800-382-2901
www.mbfunerals.com