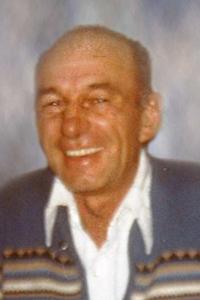 MR. CHARLES ARTHUR OROSZ, born in Lethbridge, AB. on February 20, 1929, passed away peacefully at home in Milk River on Friday, June 14, 2013 at the age of 84 years. He is survived by his sisters Beth (Baxter), Helen (Pete), Emma (Mel) and numerous nieces and nephews. He was predeceased by his parents Charles and Ann, brother John and sister Ann.
Charles was a father to Tina, Annette, Jim and grandfather to Jesse, Tara, Caylee and A.J. He was also a stepfather to Nick, Ed, Tony and Steven. Charlie attended school in the 1-17 area where after he married Anna in 1968 and farmed there until his retirement in 1997. After his farming career he retired in Milk River. He was a hard working individual who would help anybody that needed a hand.
Some of his interests were curling, bowling, hunting but his most loved interest was horses. He will be sadly missed by all.
An informal Service of Remembrance and Celebration of Life will be held at the HERITAGE HALL, 213 — Main Street, Milk River on Thursday, June 20, 2013 at 2:00 P.M. with Pastor Jim Krause officiating.
Honoured to Serve
Cornerstone Funeral Home & Crematorium
2800 Mayor Magrath Drive South
Lethbridge, Alberta T1K 7B1
Telephone ~ (403) 381-7777
Fax ~ (403) 381-3128
Toll Free ~ 1-(888)-381-7778
care@cornerstonefh.ca