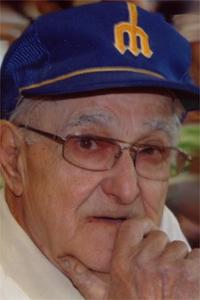 STEPHEN MATTHEW (Steve) MIKLA, beloved husband to Dolores for 60 years passed away peacefully surrounded by his loving family on Tuesday, June 18, 2013 just two weeks short of his 81st birthday. Besides his loving wife he is survived by his five children and 15 grandchildren — Randy Mikla (Donna Acton) and children: Jennifer (Nolan), Stephen (Kaloni) Tyler and Edward; Marsha (Doug) Graveland and children: Trish (An’Twan), Sherri (Mark) and Erin (Ruben); Laurie Hirsch and children: Jodie (Kelly Bezruchak) and Jesse (Toni); Jerry (Gail) Mikla and children: Amy (Karl Borho), Michael and Mary Rose; Brenda Dillabough (Dave Kerr) and children: Rob (Terri), Chris, and Shawn (Mindy Radisic); and Donna Mikla, 18 great grandchildren, sisters-in-law Ann Mikla and Evelyn Murphy, and special nieces: Marina Smetany, Cheryl DeBona and Delores Lilja of Minneapolis. Steve was born July 4, 1932 in Lethbridge, AB to John and Mary Mikla. Besides his parents Steve is predeceased by his siblings — John Mikla, Helen Smetany, Julius Mikla, Joe Mikla, Margaret Park, Lizzie Robinson, and by his granddaughter Dawn Mikla. Steve was employed by Molson Breweries for 42 years before he retired to devote his time to things that put joy in his heart. Steve was a hard working family man who was always willing to help anyone in need. He loved gardening and doing woodwork, including home carpentry and designing Christmas villages for his children, grandchildren and friends. His happiest times were spent with family on birthdays and holidays, and he loved picking raspberries and strawberries for when they stopped by for a visit. He always had special treats for when the little ones came by and some of his great grandchildren nicknamed him “Grampa Candy”. Steve’s family is grateful for the loving care given by Dr. Zielke, Dr. Wilde, Dr. Coma, the amazing nursing staff on ICU and Unit 4B at Chinook Regional Hospital, Pastor Daniel Zopoula who loved him and called him “Grampa” and Pastor Allyn Mills. Steve will be deeply missed by his loving family and the close friends that he leaves behind. A private family celebration of his life will be held at a later date.

One Condolence for “MIKLA Stephen”