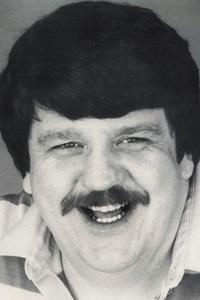 BRYANT ACKROYD (SMITTY) smith, exited stage left for the last time on Thursday, June 20, 2013, at the age of 64 years. Always the entertainer taking centre stage at home, at school in Pincher Creek, Hill Spring or in Lethbridge at Westminster Elementary, Patterson Jr. High or at LCI, Smitty’s primary mission in life was to engage everyone in laughter. His secondary mission was to test the limits of "the establishment". Both goals he achieved admirably. After high school Smitty went on to study theatre arts at Brigham Young University where he starred in numerous productions. After university he spent some time in Hollywood and also realized his acting dreams, appearing in Superman III and in Narrow Margin with Gene Hackman. In Canada he did commercials and west coast theatre including a gig with Karen Kain and parts on the Beachcombers. He also represented the City of Calgary in the World Championship of Town Criers. Always the true artist, Smitty never settled in one spot too long. Without a benefactor, he landed stints as nightclub bouncer and manager. At the end of the line there was always a job as a backhoe operator where he was skilled and had friends who would give him a job when his luck was down. It was during one of these jobs while living at Spring Coulee where Smitty was involved in an accident on the job which, along with lifestyle choices, led to long term health problems. In the end Smitty lived his life according to the adage of George Bernard Shaw: Use your health, even to the point of wearing it out. That is what it is for. Spend all you have before you die; do not outlive yourself. Smitty was predeceased by his parents, Frank and Marie (Ackroyd) Smith; brother, Delmont Smith; sister, Shirley Agren. He is survived by brothers, James (Ted), Keith and Ron. The Funeral Service will be held at The Church of Jesus Christ of Latter-day Saints, South Hill Chapel, Cardston, Alberta on Thursday, June 27th, 2013 at 11:00 a.m. Friends may meet the family at the Church from 10:00 to 10:45 a.m. prior to the Service. Interment in the Cardston Cemetery, Cardston, Alberta. Email your condolences to: legacyfh@telus.net Arrangements entrusted to Berry Gorham
Legacy Funeral Homes Ltd.
P.O. Box 208
Cardston, Alberta T0K 0K0
Phone (403) 653-3222
Fax (403) 653-3677
legacyfh@telus.net