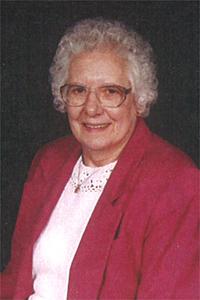 MRS. IRENE ROSE TODD, beloved wife of the late Jack Todd, of Lethbridge, passed away at the Chinook Regional Hospital on Tuesday, December 3rd, 2013 at the age of 90 years. Irene is survived by her children: Raymond (Gnoc) Todd of Calgary, Wendy Hacker, Brent (Heather) Todd, Colin (Alice) Todd and Arlene Stroeve all of Lethbridge, as well as Trevor (Jennifer) Todd of Harrison Hot Springs, B.C. She is also survived by 18 Grandchildren, 38 Great -Grandchildren and 1 Great – Great Grandchild. Besides her loving husband, Irene was predeceased by her son Gordon, Mother Louise Vidler and Son’s-in-law Thomas Hacker and Jerry Stroeve. Irene was born on July 3rd, 1923 in Brighton, England. While serving in the Air Force during the Second World War, she met and married the love of her life, Jack. After the war, she immigrated to Canada with their son, Raymond. After living in Montreal and Ontario where they had two more children, they moved to Lethbridge, where they had four more children. Irene was a loving, caring and giving person. She worked hard giving us all a wonderful upbringing. She will be greatly missed. A Viewing will be held one hour prior to the Memorial Service from 10:00 to 11:00 A.M. A Memorial Service will be held at CORNERSTONE FUNERAL HOME, 2800 Mayor Magrath Drive South, Lethbridge on Friday, December 6, 2013 at 11:00 A.M. with Jason and David Stroeve officiating. Interment will follow at Mountain View Cemetery. In memory of Irene, donations may be made to the Heart & Stroke Foundation, 1011 – 2nd Avenue South, Lethbridge, AB, T1J 0C8

No Condolences for “TODD Irene”