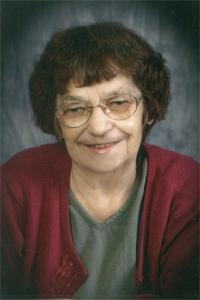 MRS. ETHEL ANNE CAMPBELL peacefully passed away at St. Michael’s Palliative Care Centre on Wednesday, December 11, 2013 at the age of 84 years. She is the loving mother of Bonnie Morin (Hank Vander Linden), Steve Campbell, and Dave Campbell, grandmother of Lisa Plausteiner (Jason), Christine Plausteiner, Nicole and Riley Campbell, and great-grandmother of Alyssa, Michel, and Kiarra. She is also survived by Ann Gorda, Mary (Gary) Ward, Helen Bodnar, Pat Bodnar, John (Gladys) Bodnar, Steve (Pat) Bodnar, and Arlie Bodnar, as well as numerous nieces and nephews. Ethel was predeceased by her mother and father Michael and Elizabeth Bodnar, husband Herbert Baker, son Larry Campbell, and brothers Ed, George, and Bill Bodnar. Ethel was born in Hungary on October 5, 1929 and came to Canada in 1932. She settled in the Barnwell area then eventually moved to Coalhurst. At a later age, she moved to Toronto then moved back to Lethbridge where she made a permanent home for her and her children. She waitressed for many years then retired from Empress Foods. Ethel enjoyed spending time with her family, playing bingo and reading. She will be missed dearly. At Ethel’s request, a formal funeral service will not be held, however friends and family are invited to a Visitation and Reception at CORNERSTONE FUNERAL HOME LTD., 2800-32nd St. South, Lethbridge, AB., on Sunday, December 15th, 2013 from 2:00 P.M. – 4:00 P.M. A Come And Go Reception will take place at 2435-7th AVENUE NORTH on Monday, December 16th, 2013 from 1:00 P.M. – 4:00 P.M. In lieu of flowers, donations in Ethel’s memory may be made to a charity of your choice.

No Condolences for “CAMPBELL Ethel”