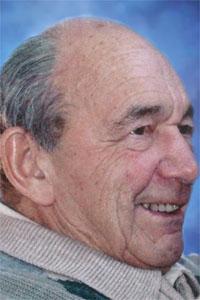 1929-2013
Douglas Jones beloved husband of Beryl Jones passed away peacefully on December 8th, 2013 at the Chinook Regional Hospital, Lethbridge, at the age of 84 years. Doug was a loving husband, father, brother, uncle, grandfather, great grandfather, his kindness and good nature will be missed by his family and best friend Peter Venables. Doug emigrated his family in 1966 from Wallasey England to pursue a life in Canada. Dad enjoyed woodwork, stamps, cars, and enjoyed watching the birds and tinkering in his garden in Coaldale were he spent the last 20 years. Doug is survived by his loving wife of 56 years Beryl Jones, daughter Christine Rogers, sister Audrey Jones, grandson Michael Rogers (Jenna) granddaughter Amanda Rogers (Adam) great- grandchildren Clayton, Trace, and Claire and nieces. Doug’s cremation has been held. A service to be in Grande Prairie at a later date. Donations may be made in Doug’s memory to the Canadian Cancer Society – 200, 325 Manning Road NE, Calgary, Alberta, T2E 2P5

No Condolences for “JONES Douglas”