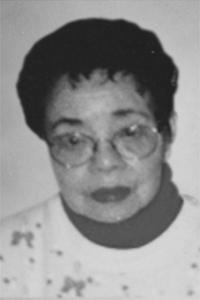 April 22, 1920 – Calgary, AB December 17, 2013 – Calgary, AB. It is with sadness that we announce the passing of Bella in Calgary on Tuesday, December 17, 2013 at the age of 93 years. Bella was born in Calgary and raised in Consort, AB. Upon her marriage to Walter T. Lang in 1941, she and Walt lived in Picture Butte and then later in Lethbridge, AB. She worked for many years as a giftware buyer and supervisor, and prior to her retirement, Bella was a director and shareholder of Kozy Kitchen Ltd. in Lethbridge. Bella loved to swim and crochet, and some of us were lucky enough to receive a colourful hand made Bella Lang afghan. Bella is survived by her sister Valeen (Tiny) Pon; brother Harry Suey and numerous nieces and nephews. She was pre-deceased by Walt (1965) and three of her siblings, Bill Suey, Kae Chow and Vivian Templeton. A Celebration of Bella’s life will be held in the spring. In living memory of Bella Lang, a tree will be planted at Fish Creek Provincial Park by McINNIS & HOLLOWAY FUNERAL HOMES, Chapel of the Bells, 2720 CENTRE STREET NORTH, Telephone: 1-800-661-1599