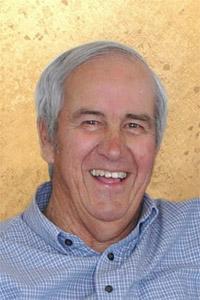 John Heaton, of Lethbridge, died suddenly on Sunday, January 5, 2014, at the Lethbridge Regional Hospital. John is survived by his loving wife, Marylyn, his daughter, Gillian (Warren) Sandham of Medicine Hat, son, Mark (Denise) Heaton of Calgary and daughter-in-law, Danielle Heaton, as well as grandchildren Evan, Paul and Jared Sandham, Megan and Dustin Heaton, Liz, Jack and Jess Heaton, and his sister Anne (David) Meadowcroft. He was predeceased by his son Philip and his sister Margaret. John was born in Westhoughton, Lancashire, England on August 30, 1938. After attending Durham University, where he studied geography and French, he married Marylyn in August 1960, and accepted a teaching position in New Zealand. They returned to England in 1964 with their daughter, then in 1966 moved to Kincaid, SK with their two children. They finally settled in Pincher Creek in 1968, where their son, Philip, was born. John taught in Matthew Halton High School until taking early retirement at age 52, to work with Mark on their ranch north of Lundbreck. In 1999 John & Marylyn took up residence in Lethbridge during the winter months and spent the summers at their cottage north of Cowley. John loved to travel, enjoyed the outdoors, particularly his garden in the country, and until his final days, he continued to play badminton, walk and cycle. A favourite activity was picnicking, particularly at Lundbreck Falls and Waterton Park. He also enjoyed listening to classical music, singing in the church choir and spending countless hours with his Sudoku and crossword puzzles. He was a loving, caring husband, father and grandfather and will be fondly remembered for his cheery smile and British sense of humour. A Memorial Service will be held at the FIRST BAPTIST CHURCH, 1614 – 5th Avenue South, Lethbridge, AB. on Saturday, January 11th, 2014 at 1:30 P.M. with Dr. Bruce Martin officiating. In Lieu of flowers donations may be made in John’s name to the Alberta Heart & Stroke Foundation, P.O. Box 2211, Lethbridge, Alberta, T1J 4K7.

No Condolences for “HEATON John”