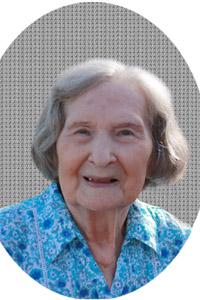 On Wednesday January 8, 2014, CLARA RUZAS, beloved wife of the late Adolph Ruzas of Magrath, AB., at the age of 94, quietly changed her address from St. Therese Villa from earth, to Heaven. Mom, has now, finally left her earthly home to reside in her Heavenly dwelling. Clara and Adolph were married on October 11, 1936 in New Westminster, B.C. Clara is survived by her two children; daughter Shirley Plontke (Heinz) of Raymond, AB and son, Dr. Roy C. Ruzas of Welling, AB. She is also survived by 2 granddaughters; Debra Clarke (Jim) of Calgary, AB., and Lori Pajic (Mike) of White Rock, B.C., as well as 2 great – granddaughters; Miyah Clarke of Calgary, AB., and Nicole Pajic of White Rock B.C. Clara grew up in an era of technological change, global depression and world wars. She was a devout and great woman of God and now God has a great woman! Our small family does not feel robbed. Mom is not missing – she is in Heaven and we know that we will all eventually have an eternity with her. As farmers since 1940, Clara and Adolph have now marched across the pages of history. Often, he who plows a furrow is of more importance than he who leads an army. The army can destroy, the furrow can feed. As her body failed Mom, family and friends desired her release and it was granted. Mom, what a great gift you were to all of us! What a gift you were! In keeping with Clara’s request, a private graveside service will be held for the immediate family in the family plot at Mountain View Cemetery in Lethbridge, AB. A Memorial Service will be held at CORNERSTONE FUNERAL HOME LTD., 2800 Mayor Magrath Drive South, Lethbridge, AB., on Tuesday, January 14, 2014 at 11:00 A.M. with Pastor Brian Amison, from the Magrath Lutheran Church, officiating.

No Condolences for “RUZAS Clara”