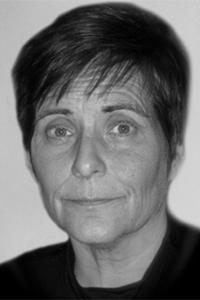 June 3, 1966 – Calgary, AB
January 16, 2014 – Calgary, AB
Barbara Lynn Fullmer, born June 3, 1966, passed away on January 16, 2014 at Foothills Hospital in Calgary. Barbara had a zest for life and was passionate about everything she did. She loved spending time with her dear friends, the outdoors, and her horses, dogs, and chickens. Barbara is lovingly remembered by her five older siblings and their spouses: Heber Scott Fullmer (Danice Macleod), Craig Fullmer (Crystal), Grant Fullmer (Ruth), Carol May (Shawno) and John Fullmer (Cathi); as well as by ten nieces and nephews: Tandie, Austin, Scott, Amanda, Emily, Victoria, Helen, Eric, Myles, and Reed. She was preceded in death by her parents, Heber and Edna Fullmer of Calgary in 1994. Funeral Services will be held at The Church of Jesus Christ of Latter-day Saints (Glenwood, AB) on Friday, January 24, 2014 at 1:00 p.m. Graveside Service to follow at Hartley Cemetery. Forward condolences through www.mcinnisandholloway.com.