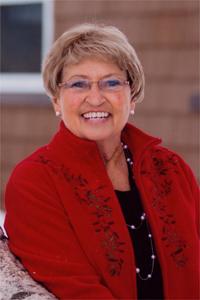 FERN ARLENE (DAHL) HICKEN passed away on Sunday, January 19, 2014, in Raymond, Alberta after an 18 month struggle with breast cancer. Fern was born in Raymond on March 25, 1938, the seventh of eight children of Ronda Dahl and Lauretta Salmon. She grew up on a small farm just outside of town. After high school, she attended the Galt School of Nursing and later completed her Bachelors Degree at the University of Lethbridge. She worked in various nursing positions over the years, finishing her career as a public health nurse in Raymond. On April 28, 1960, she married Jack Hicken. They have lived in Stirling, Alberta, since 1962. Fern is survived by her husband, Jack, and her four children: Ward, Rhonda Phillips, Melanie, and Michael. She also has 10 grandchildren who will miss her dearly. She was loved by all who knew her, and influenced many with her kindness, service, and love. Friends may meet the family on Thursday evening, January 23 from 7:00 to 8:00 p.m. at the LDS Stirling Chapel and prior to the service on Friday at the church from 11:30 a.m. to 12:45 p.m. The Funeral Service will be held on Friday, January 24, 2014 at 1:00 p.m. at The Church of Jesus Christ of Latter-day Saints, STIRLING CHAPEL, with Bishop Kent Evanson officiating. Interment to follow in the Stirling Cemetery.

No Condolences for “HICKEN Fern”