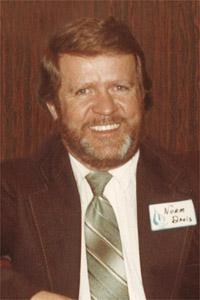 NORMAN GEORGE DAVIS, passed away peacefully at Extendicare Fort Macleod on Thursday, January 23, 2014 at the age of 74 years. Norm is survived by his wife Barbara Davis, his son Jeff (Donna) Davis, his daughter Norma-Jean (Jerry) Rideout as well as his grandchildren Jamie, Tori & Dylan. Norm is predeceased by his parents, three brothers and one sister. At Norm’s request, there will be no funeral services. There will be a gathering at Norma-Jean & Jerry’s House, 550 – 28th Street, Fort Macleod, AB, on Tuesday, January 28th, 2014 at 12:00 Noon, to celebrate his life. Any donations can be made to the Kidney Foundation or Extendicare Fort Macleod, 654 – 29 Street, Box 189, Fort Macleod, AB, T0L 0Z0

One Condolence for “DAVIS Norman”